My name is Traian D. Stanciulescu, I graduated the University of Architecture and the Faculty of Philosoply in Romania. In present, I am university professor at “Alexandru I. Cuza” University − teaching semiotics and creatology − and a scientific researcher − studying biophotonics − at National Inventics Institute of Iassy, Romania.

Because our scientific preoccupations are deeply connected in their fundamental meanings − I am appreciating so much your scientific approach, synergically assuming the Essential Unity among Human Being, Cosmic World and God − I decided to share with you, briefly, my own contributions into the unifying field of BIOPHOTONICS, the science of the “LIVING LIGHT”.

By being IN RESONANCE with you – I think that this is the “key-word” of our times − I have no doubt that to connect our knowledge and to share it into the benefit of human becoming is a priority of the most critical − but optionally exciting − period of human history. Because, BEING TOGETHER is now the only wise option for assuming the very clear Shakespearean alternative:

About 25 years ago I assumed by chance the work of professor FRITZ-ALBERT POPP from Germany into the field of biophotonics, the name he gave to the science of the ultraweak emissions of (bio)luminescence generated by all the living systems (plants, animals, humans). He (re)discovered and verified in his laboratory the meaning of the ancient knowledge about the “living aura”, by using a photon-counter devise. In this way, he observed that the light’s photons are penetrating (somehow) inside the cellular DNA and − after being stocked their − they are spontaneously or stimulated delivered as a delayed bioluminescence, having all the properties of an ultraweak (bio)LASER emission: coherence, monocromacity, directionality etc.

This was a huge discovery, involving two unconventional phenomena for which professor Popp had any rational explanation. In this context, by working with my interdisciplinary research team at National Inventics Institute, we succeed to argue − starting from 1993 − that:

(1) Living cells are transparent against light, due to their membranous “liquid crystal” systems (phospholipids) and to their nematic, smectic etc. types of liquid crystals systems inside the cellular cytoplasm. So, physically speaking, the biological systems − starting from the DNA till the whole human body − are TRANSPARENT TO LIGHT. This quality it determined by some still ignored or insufficiently known aspects, such as:

● optical (nonlinear) implications of the light at the level of biological systems, such as reflection and refraction (explaining “magic” phenomena such as the “evil eye”), birefringence, light polarization and rotatory magnetic dispersion (all these explaining the DNA’s helicoidal structure and implicitly its dextrogyre or levogyre sense);

● electrical effects, such as piezoelectricity, able to originally explain how:

(a) the transfer / transformation of the external stimuli capable to generate a certain pressure upon the cellular “liquid crystals” structures, by adequately delivering their energy (electrons) and information (photons), “nourishing” in this way the human body;

(b) to transfer the properties of all these external stimuli to the brain, by generating the membranous action (electric) potential and implicitly the magnetic / plasmatic field (ki, chi, prana etc,) around the cells;

© (dia)magnetic properties, explaining − for example − how the liquid crystal membranous structures could represent the physical / substantial support of the cellular memory, which scientists − from Aristotle till now − tried to found out.

(2) In order to prove that the DNA and cells, organs and the whole (human) organism are similarly functioning as some (more and more complex) biolasers systems, we developed an integrative (biophotonic) BIOLOGICAL “LASER THEORY” [Stănciulescu, Manu, 1995-2002], by suggesting to use the simple method of analogy, namely: to put in a very detailed comparing all the structural and functional attributes of a technical laser and of a biological system (such as cone / rode cell is or such as the whole eye, for example). We concluded that this analogy is amazing real:

● the technical laser systems are in principle organized and functioning as the biological systems are.

The main common aspect of all these structural levels (hierarchical types of “biological lasers”) is supposing one and the same biological active substance, namely:

― this os involving a quantum process (such as the laser “inversion of population”), accorded to the (anti)Stokes rules from non-linear optics.

In order to (re)build integrally the human being’s BPL (bio-psycho-logical) architecture, all these aspects are step by step analyzed at the level of the cellular nucleus (DNA implicitly) and of the cell, of the organ and of the whole organism. Consequently, the human organism is conceived as an integrative model, namely:

● a complex systems of “biological lasers”, both linked (passing from cell to cell, for example) and intricated (the cellular biolaser system are manifesting inside the organs and the organism); very high energies accumulated / delivered in this way by the human organism being able to explain phenomena such as Meissner effect (levitation), Kervran effect (elements’ transmutations and inedia) etc.;

● the structural and functional properties of these “biological lasers” systems (nuclear, cellular, of organs and of the organism) are involving at each level the action of some specific BEMPh (Biochemical, Electric and Magnetic, Photonic) processes, able to sustain all the BPL human manifestations: the healthy and the illness states − curing implicitly − of the human body.

A last but essential process able to sustain the coherence of this architecture is the holographic resonance, mainly manifested in two situations of human organism activity, namely:

a) by controlling the functional coherence of the whole organism (by bio-light / bioluminescence), by connecting − through a “holographic projection” (part stands for wholeness) − the relationship between the palms and soles, eyes and ears points etc. and − in this way − the health state of all the organs;

b) by explaining how the human brain is the structural support not only for the holographic control of the main functions of the organism, but especially for:

― the (trans-meta-para)psychological phenomena, such as telepathy (human horizontal connection);

All these amazing explanatory contributions, assumed (meta)physically and mathematically as the ENERGY-INFORMATION (BIO)PHOTONIC THEORY [Constantinescu, Stanciulescu, 1993-1995], are supposing a postulate that we should necessarily take into consideration:

● Nobody can really speak about the psycho-cerebral “holographic resonance” without involving adequate BPL LASER SYSTEM.

● Or, BLT and EIBT are representing − originally and emergently − exactly such implication, involving the genesis, stocking and delivery of biophotons in order to assure the multilevel communication of BPL systems.

And that is exactly our emergent DEFINITION OF BIOPHOTONICS.

Synthetically, all these details are theoretically and applicative presented in two of my books, which I would be happy to offer you:

● SIGNS OF LIGHT, presenting the main biophysical ideas and application of BLT, with a forward signed by Fritz-Albert Popp, who recognized explicitly that this explanatory contribution to his own science is sine-qua-non.

● SEMIOTICS OF LIGHT, explaining for the first time semio-bio-photonically − starting from Thomas Sebeok contributions on signs and semioses − how the genesis and becoming of the human language and creative thinking are possible to develop.

Both volumes are presenting some of our practical applications too, some already patented solutions proposed into the field of healthy biophotonic architecture, sanogenous clothing or wellbeing “biophotonic resonators”.

By being part of this team, I intended to generate the “holographic resonance” of what I am speaking, by using the same language as you are doing:

THE LANGUAGE OF GOD.

In Love and Light, yours. 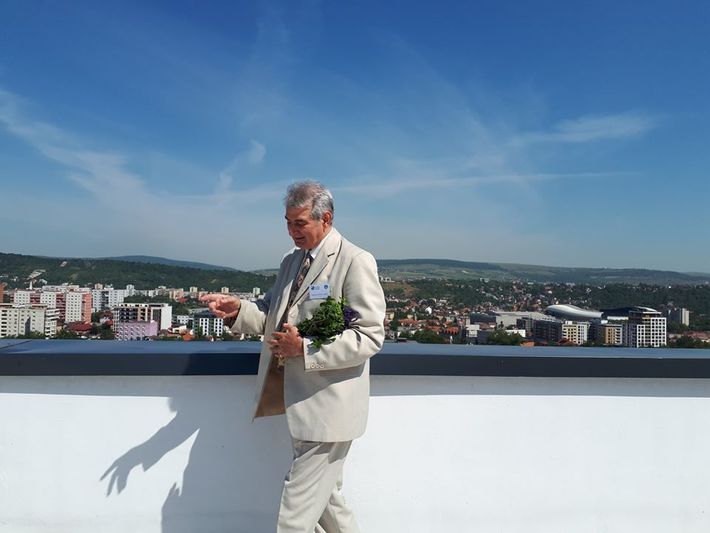 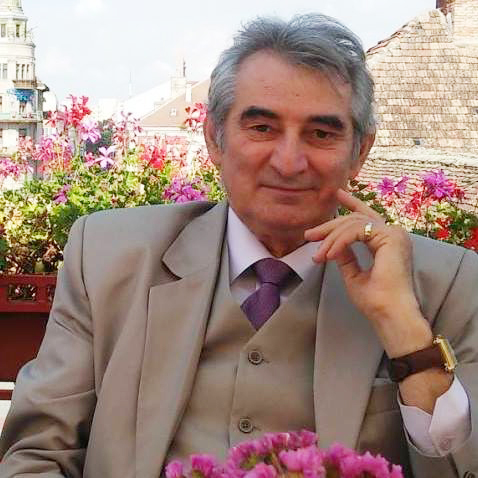 You need to be a member of Invață Să Zbori to add comments!

This reply was deleted.